“Jewish Nobel” recognizes the preeminent filmmaker’s commitment to Jewish values, extraordinary contribution to cinema and philanthropy, dedication to preserving the memory of the Holocaust and preventing future genocides 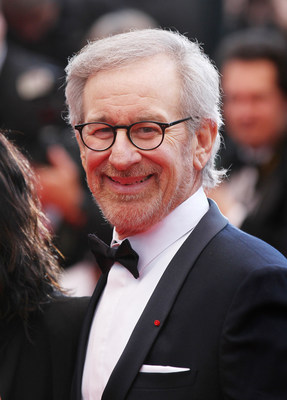 The award recognizes Spielberg’s outstanding achievement as one the most influential filmmakers in the history of cinema; his social activism and prolific philanthropy; and his principled stance against anti-Semitism and all forms of intolerance. The Prize also recognizes his extraordinary work to preserve the memory of the Holocaust and prevent future genocides through film, public advocacy and philanthropy.

For the first time in the history of the Genesis Prize, the voice of global Jewry was a major factor in Laureate selection. Two hundred thousand Jews on six continents cast their votes for the 2021 Laureate; millions more engaged on social media. While the Prize Committee had the ultimate discretion about the selection of the recipient of this prestigious award, the fact Spielberg received the most votes was a major determining factor.

“The Genesis Prize celebrates Steven Spielberg’s unique talent, his commitment to making the world a better place, and his unparalleled contribution to teaching the post-war generations about the horrors of the Holocaust,” said Stan Polovets, Co-Founder and Chairman of GPF. “We are delighted to welcome Steven Spielberg to the distinguished family of Genesis Prize honorees, which includes such luminaries as Justice Ruth Bader Ginsburg, Natan Sharansky, and Michael Bloomberg.”

This is the latest in a series of prominent awards bestowed on Spielberg, which among others include the Presidential Medal of Freedom, the highest civilian award of the United States; Legion d’Honneur, the highest order of the French Republic, and Germany’s Federal Cross of Merit.

“Spielberg is a great Jewish visionary and storyteller,” said the legendary human rights activist Natan Sharansky, who was awarded the Genesis Prize in 2020. “Key Jewish themes are often woven into his narratives: importance of identity and belonging, maintaining humanity in a ruthless world, caring for the other, and honoring the moral obligation to do the right thing. His talent makes them universal: told by Spielberg, these stories come alive in people’s hearts across the globe.”

Steven Spielberg becomes the 9th Genesis Prize honoree. All previous Laureates chose to direct the $1 million Prize award to philanthropic causes about which they were passionate. Sharansky, who preceded Spielberg as the Genesis Prize Laureate, directed his $1 million award to support individuals and organizations working to alleviate the Covid-19 health crisis and prevent future pandemics.

“Congratulations to Steven Spielberg on this important Jewish award,” said Isaac Herzog, Chairman of the Jewish Agency for Israel and Chairman of the Genesis Prize Selection Committee. “He is an example of great Jewish talent, whose extraordinary work in film and philanthropy is infused with the values of his people – a quest for justice, compassion, humanism, and a heartfelt desire to make the world a better place.”

About the 2021 Genesis Prize Laureate

Steven Spielberg is widely considered to be the most successful film director in the history of cinema. His films grossed $10bn and his imagination has captivated tens of millions of people around the world. After establishing his reputation with blockbuster films such as Jaws, ET, Jurassic Park and Indiana Jones, he began to explore serious topics such as justice, slavery, women’s rights, corruption, and morality of war in films such as Saving Private Ryan, Lincoln, The Color Purple, The Post, Munich and Bridge of Spies.

His films also have delivered compelling narratives of Jewish history and present day events – the Holocaust, terrorism, and the maturing of the State of Israel. Spielberg’s 1993 masterpiece Schindler’s List has had a profound impact on humanity’s perception and awareness of the Holocaust. Fifty years after the Shoah, Spielberg’s film fostered a strong emotional connection with this tragedy for a vast, global audience – touching the post-war generations in a way that no other medium could. Spielberg channeled all of his proceeds from Schindler’s List to fund philanthropic causes – both Jewish and non-Jewish. In 1994, he established the USC Shoah Foundation, dedicated to preserving Holocaust survivor testimonies. Concerned with prevention of genocide, the Foundation also works to preserve the memory of other 20th century genocides – in Cambodia, Armenia and Rwanda.  Over 55,000 survivor testimonies have been recorded to-date.

Spielberg and his wife Kate Capshaw founded the Righteous Persons Foundation, which has made more than $100 million in grants to various Jewish organizations. Through the Wunderkinder Foundation, Spielberg has given extensively to health, arts, youth and education.

About the Genesis Prize and Prior Laureates

The Genesis Prize is a global award that celebrates Jewish achievement and contribution to humanity. Launched in 2013, the Prize is financed through a permanent endowment of $100 million established by The Genesis Prize Foundation.